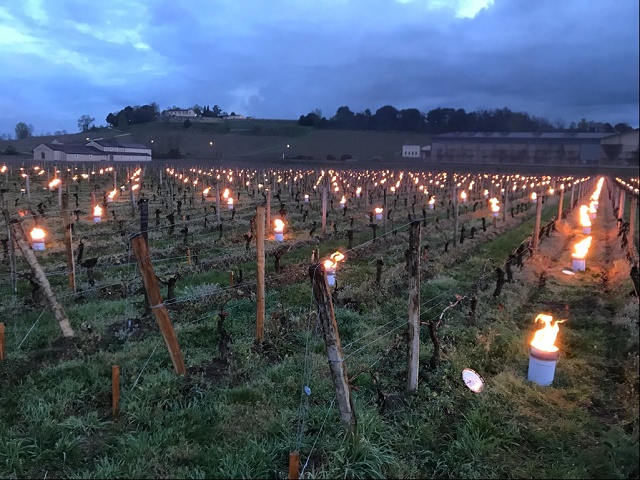 Frost alert in Bordeaux vineyards, 4th to 6th May 2019

Very cold temperatures at the weekend, from 4th to 6th May, with frost in the vineyards of South-West France…

Bordeaux winegrowers had another difficult weekend, following the first hail storms that hit French vineyards at the end of April, following on from an initial spell of frost in mid-April. The arrival of an arctic air flow, during the nights of Saturday to Sunday and from Sunday to Monday, was announced by weather forecasts. Clear skies and practically no wind put vineyards in danger of the impact of frost. Temperatures of -3°C were noted in the Libourne area, Saint-Emilion and the Entre-Deux-Mers.

Bordeaux winegrowers were ready to step in to protect their vines. Various methods were used to ward off the damaging impact of frost, for example: warming the air (using large candles, warm air convectors…), circulating the air (even using helicopters…) 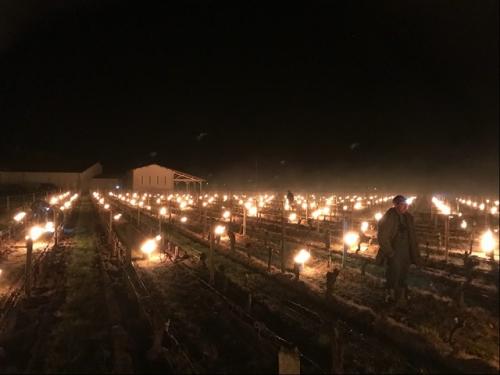 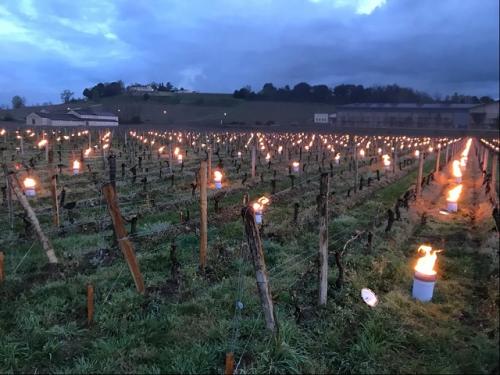