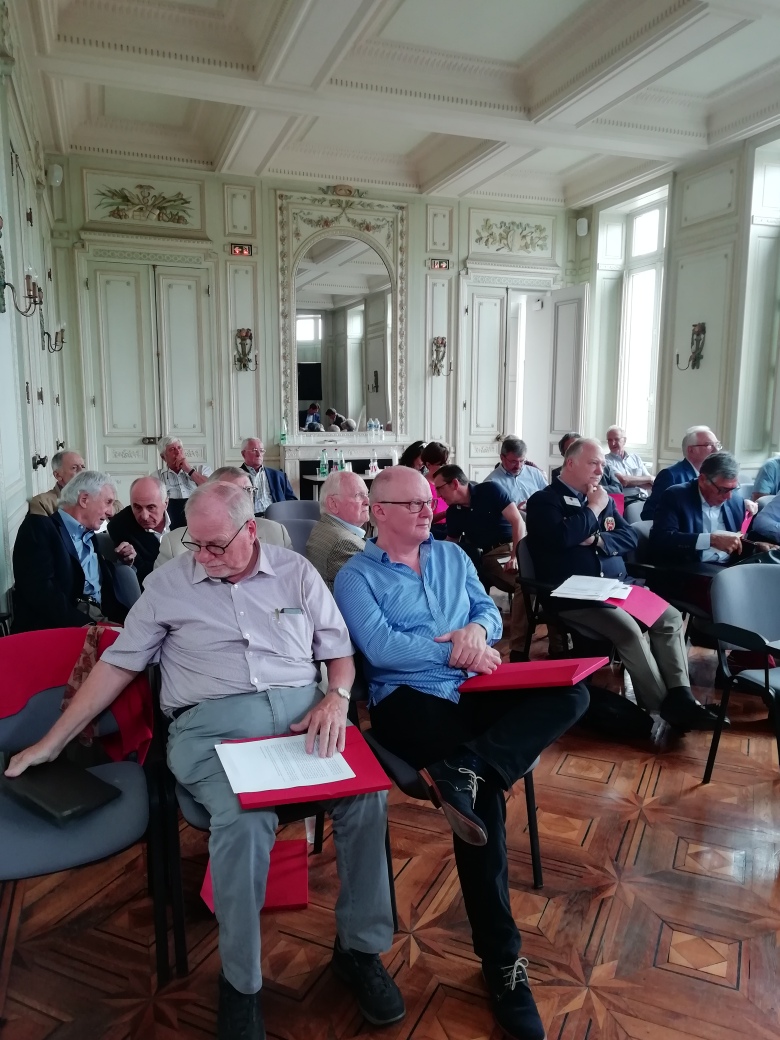 At the occasion of the meeting of the Privy Council and the Annual General Meeting of the Grand Conseil du Vin de Bordeaux, Francis Boutemy, Grand Maître of the GCVB invited former Grand Maîtres and Maîtres and current Maîtres from Commanderies in several countries to come to Bordeaux for two days and take part at these two meetings:

Members of the foreign delegation arrived in the afternoon of Thursday 27th June. An informal, friendly dinner was held in the evening at the “1925” Brasserie in Bordeaux.

At the end of the two meetings, a luncheon was held at the Autombile Club du Sud Ouest in Bordeaux.

In the evening of Friday 28th June, members of the foreign delegation and their wives were received for a welcome cocktail party by Hubert and Emmanuelle de Boüard at Château Bellevue in Saint-Emilion, followed by dinner at Château Angélus.

To conclude these three days of meetings and gatherings, Francis and Catherine Boutemy welcomed the foreign guests and their wives for a lunchtime Garden Party at Château Haut-Lagrange in Léognan, on Saturday 29th June. 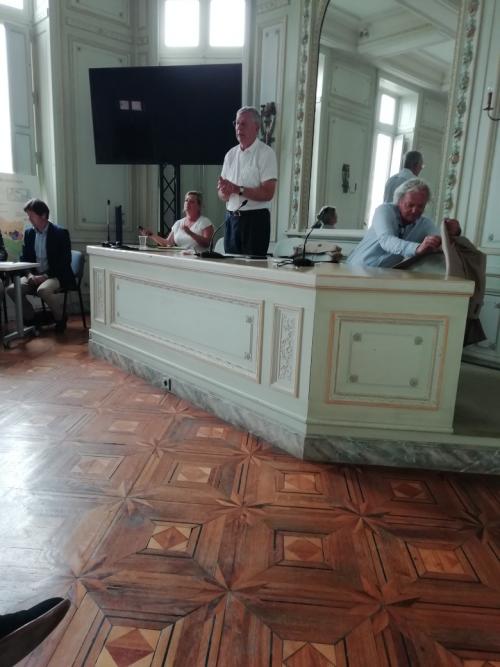 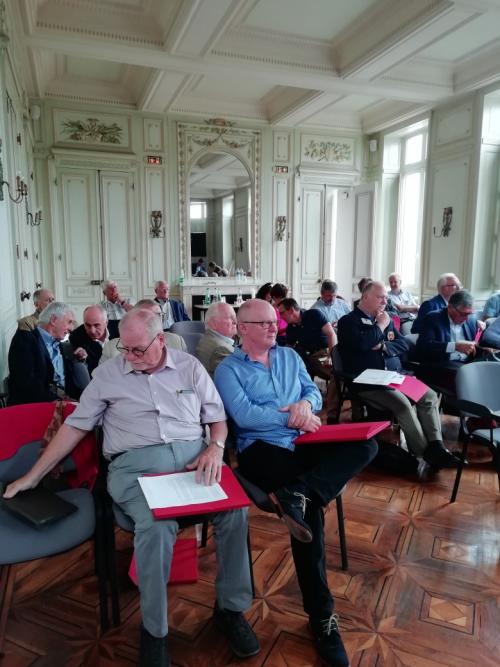 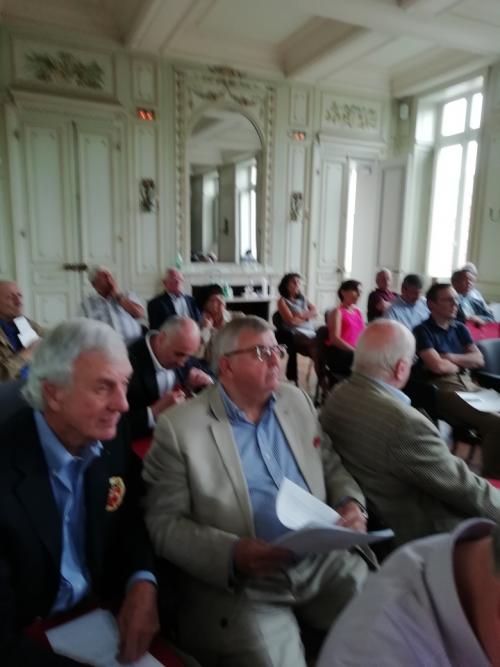 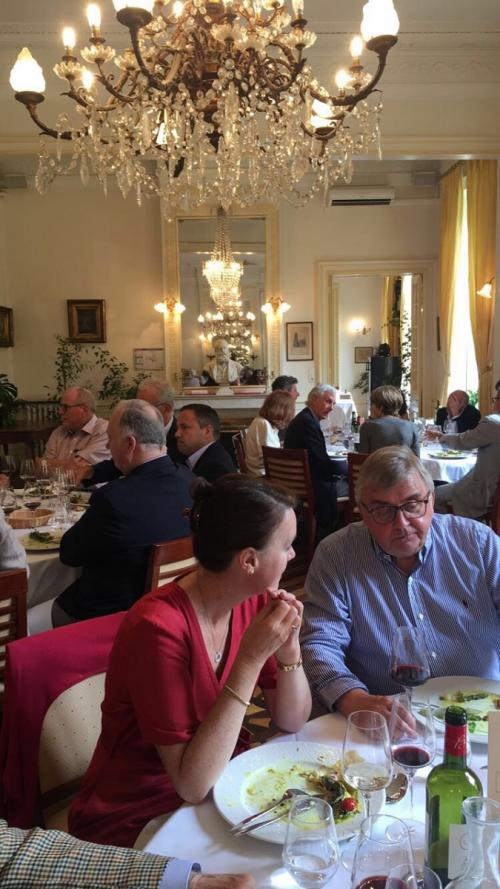 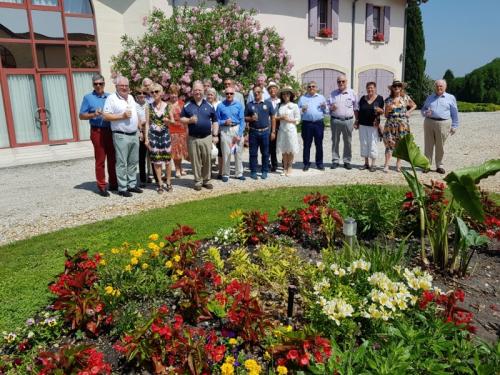