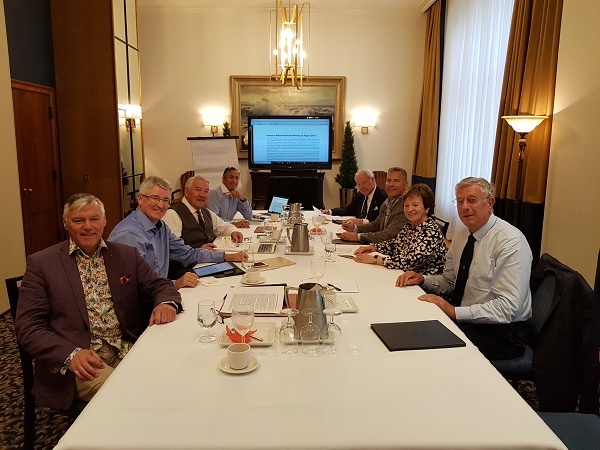 Meeting of Canadian Maîtres, in Montreal on August 28th 2019

Invited by Fouad Geara, Maître of the Commanderie de Bordeaux in Montreal, Maîtres of the Bordeaux Commanderies in Canada gathered for a day’s meeting on August 28th 2019.

As the photo shows, those present were the following (from left to right):

Apologies for not being able to be present were received from:
Bryan Henry, Maître of the Commanderie  in Vancouver.

After a productive and friendly discussion about each Commanderie's  activities, several decisions about the future were taken:

• A meeting to be held once a year, either in Bordeaux or at each of the Commanderies, taken in turn

• Find the best way to get wine supply, as this is particularly difficult in certain provinces of Canada (due to the State Monopoly)

• David King was foreseen to coordinate this group and he accepted this role gladly. David is now known by everyone as Maître of Canada.

The day’s events were concluded pleasantly by an evening at the restaurant called Mr & Mme de Montréal, where the Maîtres were joined by their spouses and members of the Privy Council of the Commanderie de Bordeaux in Montreal. A delicious dinner was served and accompanied by four exceptional Bordeaux wines from the Commanderie’s cellar. 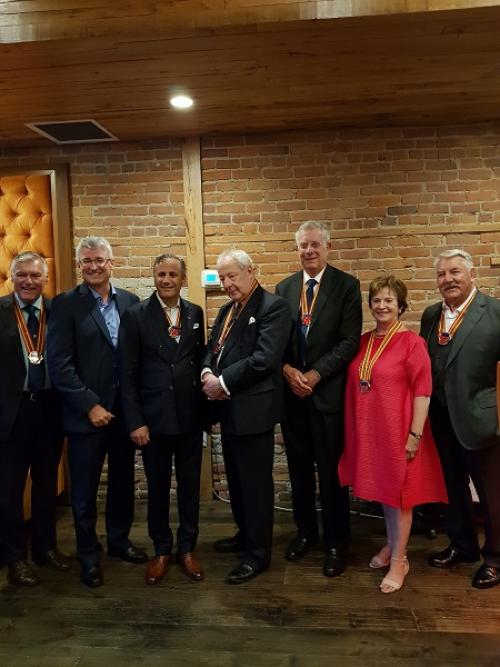 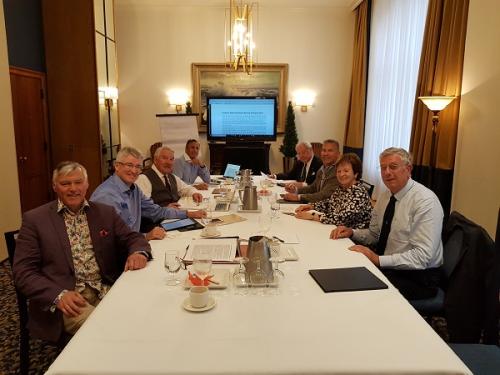