At the beginning of the month of September 2019, accompanied by members of the Bordeaux Wine Brotherhoods, Francis Boutemy, Grand Maître of the Grand Conseil du Vin de Bordeaux, travelled to Belgium to Brussels to host an induction ceremony for the official inauguration of the Festival Eat! BRUSSELS, Drink! BORDEAUX, on Thursday 5th September 2019.

Mr Philippe GELUCK was inducted as Honorary Ambassador of Bordeaux Wine. Philippe Geluck, born in Brussels in 1954, is a very famous sketch artist and comedian, who regularly makes appearances on radio and in television programmes.

After this induction, a Gala Dinner was held at Vaul-Hall in Brussel’s Royal Park, with Bordeaux wines presented by more than 50 winegrowers and merchants.

Guests of honours at this evening event were:

Rudi Vervoort, Minister-Chairman of the Region of Brussels-Capital

Sven Gatz, Minister for the Region Brussels-Capital image of Brussels

Pascal Smet, Secretary of State for the Region Brussels-Capital European and International relations 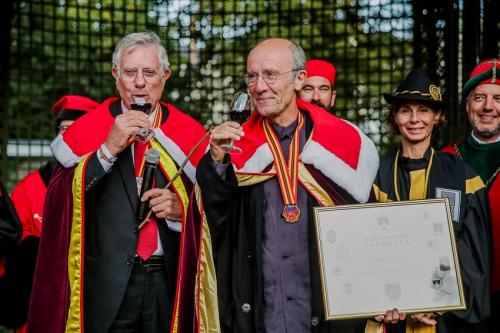 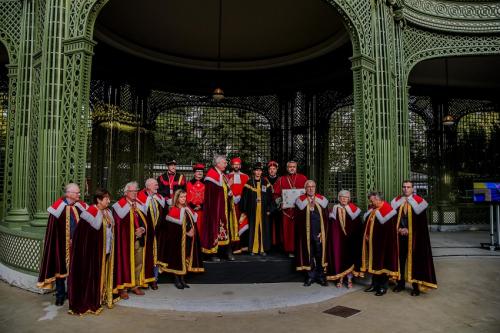